Did you see Sara Gilbert on “The Talk” this week announcing her pregnancy?

The 39-year-old co-host announced her budding baby during Tuesday’s season premiere of the CBS talk show.

Sara surprised her co-hosts during a segment called “Face Your Fears”. Each of the hosts is supposed to do something scary, but Sara said she wouldn’t be facing her fear (lying on a bed of nails)… because (drum roll) she’s pregant!

The announcement and the ensuing love fest from her co-hosts was probably the most adorable thing you’ll see all week. 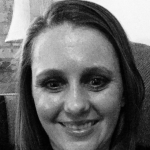 10/18 Fri Hr 3: What’s that trash piece of clothing you still wear despite people telling you it’s time to get rid of it??

Lori read this book on the way to Honolulu and could not put it down….