The couple has been dating for 2 years.

This would be Scarlett’s third marriage — she was previously hitched to Ryan Reynolds from 2008 to 2011 and was then married to journalist Romain Dauriac, with whom she shares a child.

PLUS: Heidi Klum and Drake could have been a thing, Kanye is not teaching college…

J.J. Abrams has encouraged people to continue speaking out against Harvey Weinstein in order to “fight” him.

PLUS: We have Golden Globes anxiety AND Paul McGuire Grimes gives his picks for best…

Dr. Jess Levy, Holistic Vet is in studio with us. We discuss anxiety, dog throwing… 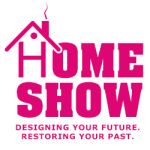