What IS Project Down & Dirty This Year? Your First Clue!

The Two Fairy Godfathers is back! Take a listen to the first episode of Season 3 here: Listen to all the episodes here! Via Jason: “After a few false starts... 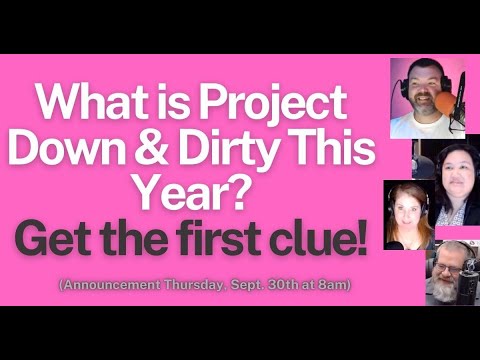 What IS Project Down & Dirty This Year? Your First Clue!

Denver is having a  Jägermeister and Chowder Festival on Oct 16th! Get Your Halloween Scare on with Dawn’s paranormal team at the Lexington this October! Follow the Lexington’s Twitter account... 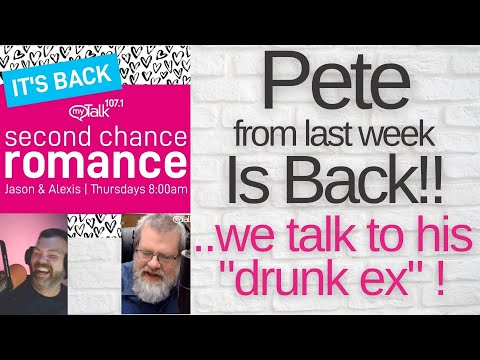 Last week we met Pete. Pete is VERY laid back. We talk to Pete again - and meet his ex who showed up drunk and ruined his date. Find out if love get's another ...

Try out these Gin pickles, inspired by Hendricks Gin and made with NYC Katz Deli pickles! Cheese It has decided to do Cheese and Wine pairings. Dr. Dre has to...

Second Chance Romance: PETE IS BACK!

Second Chance Romance follow-up! We got Pete back on the phone to see if we could spark the love with the EX, Christina (who showed up on his date with...

9/28 TUES HOUR 3: Sticks, Tyra Bank’s too much on DWTS and Hulu’s Murders In The Building

A couple good messages in stick reading with Alexis this morning. Someone needs to tell Tyra Banks on Dancing with the Stars to stop? Alexis likes Hulu’s Murders In The...

Instagram announced its putting a pause on Instagram Kids. We couldn’t agree more. Will Smith opens up about his marriage to Jada and at point wanted a harem of 20...

Our boss Bea Arthur joined us with another Project Down and Dirty clue! Hmm…we have some ideas. A special Pokemon Oreo is selling for big bucks on eBay, green Skittles...

The adventures of taking a kid’s temperature with Alexis. Jason and Collin’s podcast “Two Fairy Godfathers” is back! We love RuPaul’s Drag Race UK Season 3 and we have our...

9/27 MON HOUR 1: Sick baby, a new Project Down and Dirty clue and Great British Bake Off is back!

Alexis is back from a week of sick and a baby with RSV. We got a clue about this year’s Project Down and Dirty — our annual charity event —...

Our third season begins with a new format — giving you an unedited and unfiltered take on the latest changes to Walt Disney World. Our first subject? What is Genie+...

EPISODE 52: What's next for the Disney Parks?

When and more importantly HOW will the Disney Parks reopen?

Jason & Collin describe the atmosphere during the last week Disney World was open before closing for Coronavirus. Plus, did Disney do the right thing staying open that last weekend?...

EPISODE 50: What to pack for Disney

From sunglasses to reusable straws to ponchos and chargers — what should you pack for your Disney adventure? The Fairies have their list.

Jason talks about the pros and cons of The Grand Californian and the Disneyland Hotel. Plus, the Fairies give their take on Bob Iger’s exit as CEO and the “sinking”...

Jason is flying Han Solo this week on the show (you’ll find out why). This week, it’s all about the original. Jason takes a trip to Disneyland and experiences Rise...

Heading to Disney World and wondering if the Disney Dining Plan will save you money? The Fairies breakdown the plans and the pros and cons.

From new rides at Hollywood Studios to a new beer extravaganza at Disney Springs, the Fairies give their take on all the breaking news from WDW.

The Fairies look at a few differences between Walt Disney World and Universal in Orlando; from ticketing, to guest interactions, to their “express” pass system. What’s better?

The Fairies aren’t done yet with all the new things they learned during their holiday at Walt Disney World. Plus, an Earful you have to hear!
More Episodes